Scrappy Creativity in the 2020s

Creativity is something we all have. Even if you’re analytical, you’re guaranteed to have at least one form of creativity in you, so get scrappy! Creativity doesn’t mean “artsy.” It isn’t exclusive to designers, artists, marketers, or musicians either! Creativity comes in many forms, like innovation, critical thinking, problem-solving, solutions architecture, and many other “uncreative” and “unsexy” things!

If you stop practicing something—whatever it may be, you will slowly lose your hard-earned skill and expertise behind it. You won’t only lose efficiency and effectiveness—you will fall out of touch because everything is always in constant change, though do so at different speeds.

Creativity is more than just using a pencil.

Little do people know that there are numerous “types” of creativity, and each type has a range of depth. Creativity is not exclusive to artists and designers. Creativity comes in many forms, including analytical creativity. It seems like a juxtaposition—but it’s true!

Being creative is often easy, though creative people often have difficulty operationalizing things. The work process ends up looking like a chaotic mess. Design, marketing, and ad departments and/or agencies often struggle to operationalize properly. Remember: creativity is best served with a side of operational order to ensure a team is efficient AND effective while making an idea come to life!

A business’s goals must be aligned with the creative team’s initiatives.

If your creative team doesn’t understand the bigger picture in detail, they can’t properly help you accomplish what you’re trying to achieve as an organization. The assets the creative team makes end up being useless, may have the risk of being irrelevant to your ideal customer, and/or the assets drive a lot of engagement or attention because the viewer/prospect “likes it.” However, it fails to convert them to paying customers. 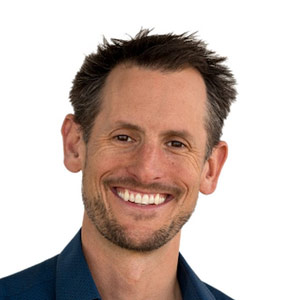 Colt has over 20+ years of experience as a marketing and business development executive supporting early-stage startups and full-fledged unicorns. He has built benchmark-crushing marketing departments from the ground up for five companies as an employed exec and supported dozens of others in doing the same as a consultant.

As Founder & CEO of Scrappy AF Marketing, he helps young organizations capture market share from industry incumbents and supports established businesses in accelerating growth. During his time as CMO for Ensemble Health, they secured 60% of all contracts written in their industry nationwide. He has helped to transform both healthcare and education in the United States.